Trustwell Law is accepting cases on behalf of e-cigarette users who have experienced:

E-cigarettes, full name electronic cigarettes and also known as e-cigs, are battery-powered devices used to “vape” (inhale vapor of) nicotine instead of smoking it. Touted as a safer alternative to smoking cigarettes and used by some people to quit cigarette smoking, e-cigarettes may come in flavors, such as fruit flavors or candy flavors. Many e-cigarettes contain more nicotine than traditional cigarettes. Nicotine is one of the most addictive substances there is.

People harmed by vaping e-cigarettes may be entitled to compensation. Contact us for a free consultation about filing an e-cigarette lawsuit if you or a loved one has used e-cigarettes and experienced:

Our experienced attorneys take a personalized, compassionate approach. We cut through the legalese and partner with our clients. We also have access to the expertise, resources, and manpower to fully investigate each case and fight for and with our clients to get the justice they deserve.

We are now pursuing e-cigarette lawsuits for people who vaped and qualify. You pay nothing unless we win your case. Call us at 202-914-1454 or submit your case details online and someone will contact you shortly.

The FDA has contacted at least one e-cigarette manufacturer—Juul, which is also the most popular brand with the largest market share—to warn them that their claim that e-cigarettes are safe may have violated the law, because the FDA has never approved such a claim. Furthermore, use of e-cigarettes by teens and young adults has been increasing yearly in the U.S., and e-cigarette companies have been criticized for marketing that has been deemed aimed at youth. Acting FDA Commissioner Ned Sharpless, said, “Juul has ignored the law, and, very concerningly, has made some of these statements in school to our nation’s youth.”

E-Cigarettes and Increased Risk of Seizures

In April 2019 the FDA released a statement warning to the public that 35 cases of seizures in e-cigarette users had been reported to poison control centers over nine years—most involving younger users. The agency deemed the data enough to warrant further investigation, also noting that since reporting is voluntary, there may have been more instances of seizures among vapers than were known.

Symptoms of seizures may include:

Some of the seizures described in the FDA report were grand mal seizures, which are dramatic to experience or observe and therefore easily identifiable as seizures. But there are other, milder types of seizures that may not be recognized for what they are and therefore may go unreported.

Studies have shown that nicotine, from any source, can increase the risk of seizures. While e-cigarette labels may list nicotine content, many have been found to be inaccurate. Some are off by over 10 percent, and at least one was found to have 172 percent more nicotine than was listed on the label.

All across America, adults and teens who vape have been hospitalized with acute breathing issues, and some have died. In some cases, they are suffering from yet unnamed lung ailments, with the common trait being severe respiratory distress. Some are suffering from so-called popcorn lung, whose medical name is bronchiolitis obiterans.

Some e-cigarette users assume the FDA regulates and has tested these products, but that is not true. The FDA has not tested them. In fact, there are ingredients used in e-cigarette mixtures that are not allowed to be added to traditional cigarettes, which the FDA does regulate.

The flavorings used in e-cigarettes may pose health risks. The Surgeon General’s report cautions that the ingredients in flavors were evaluated for ingestion, not inhalation. In addition, many flavoring compounds are not even identified on e-cigarette packaging. The report further states that many of these flavorings have already been found to cause adverse health effects when inhaled.

Researchers at Yale University designed a machine to capture and analyze the vapor produced by JUUL e-cigarettes, the most popular brand. They found that the chemicals in the aerosol (vapor) they analyzed were not just those listed on the label. They found that new chemicals formed when those in the vape juice were aerosolized to create the vapor, and that those new, unexpected chemicals could irritate users’ airways along with the listed chemicals and ingredients. Lead author of the study, Hanno Erythropel, said, “People often assume that these e-liquids are a final product once they are mixed, but the reactions create new molecules in the e-liquids…”

One disease that has been identified in some e-cigarette users is bronchiolitis obliterans organizing pneumonia (BOOP), which may also be referred to as cryptogenic organizing pneumonia (COP). It is a rare lung disease characterized by inflammation that exhibits swirls of fibrous tissue filling the bronchioles and alveoli in the lungs. There are at least two published case studies of e-cigarette users who contracted BOOP. Both these individuals required hospitalization and mechanical ventilation.

However, the symptoms of bronchiolitis obliterans organizing pneumonia are similar to all the symptoms experienced by e-cigarette users who have been hospitalized. They include:

A 2017 study by the European Lung Foundation found that e-cigarettes caused stiffening of the arteries in humans as well as increased blood pressure and heart rate. Arterial stiffness has a correlation with increased risk of strokes and heart attacks later in life. The study involved healthy young adult volunteers and noted their heart rate and blood pressure after 30 minutes of vaping. Both were found to be elevated. And their arterial stiffness was three times higher than the nicotine-free group. 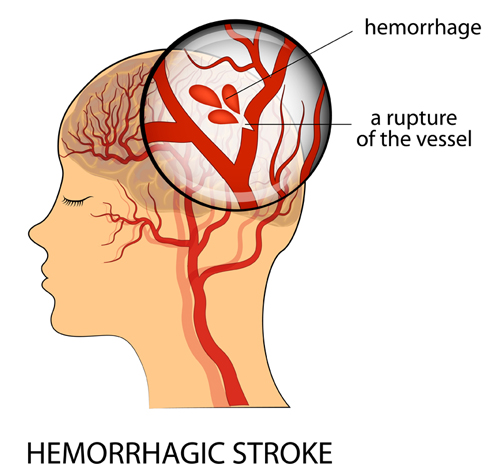 Other symptoms of stroke include:

The most efficient way to identify a stroke is by using the National Stroke Association’s “FAST” acronym:

Nicotine is a highly addictive drug. It produces pleasurable physical and mood altering effects. It absorbs quickly into the blood and so is delivered to the brain within 10 seconds of inhalation. The effects also dissipate quickly, motivating the user to use more. This addictiveness and the fast dissipation make quitting use of nicotine extremely difficult. The body becomes addicted—and users become habituated to using more nicotine to replenish the physical and mind altering affects. So when they try to quit, the body craves nicotine strongly and at close and regular intervals, causing withdrawal symptoms that the body is used to the user addressing by having more nicotine. These symptoms include, in addition to simply craving more nicotine:

JUUL reports their pods contain two strengths of nicotine: 3 percent and 5 percent. The 5 percent pods contain as much nicotine as an entire pack of traditional cigarettes. However, at least one research study at the University of California, San Francisco, has found that JUUL products deliver significantly more nicotine to the bloodstream per puff than other e-cigarettes and traditional cigarettes.

As dangerous and unhealthy as nicotine is for all, it also poses particular risks for teens and younger people, because it: 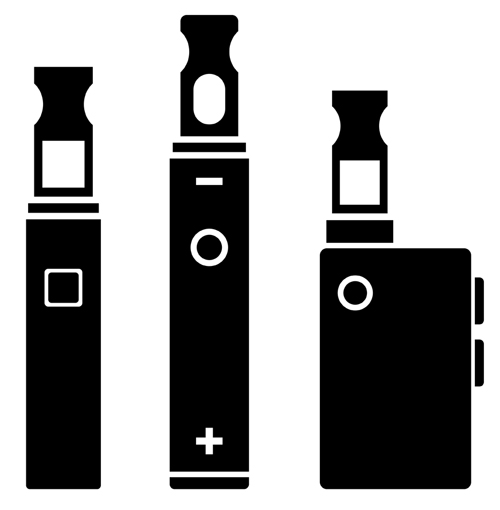