Roundup®, the widely used weed killer manufactured by Monsanto, has been linked to an increased risk of B-cell and T-cell non-Hodgkin lymphoma. Roundup lawsuits are being filed against Monsanto by people exposed to Roundup who were later diagnosed with non-Hodgkin lymphoma or one of many subtypes including hairy cell leukemia (HCL), chronic lymphocytic leukemia (CLL), small lymphocytic lymphoma (SLL), mantle cell lymphoma (MCL), and Burkitt lymphoma.

If you or a loved one were diagnosed with T-cell or B-cell non-Hodgkin lymphoma or a subtype after using Roundup, let us help you. Call us for a free consultation at 800-796-1636 or submit your case details online and someone will contact you shortly. You pay nothing unless your lawsuit is successful and you receive compensation. 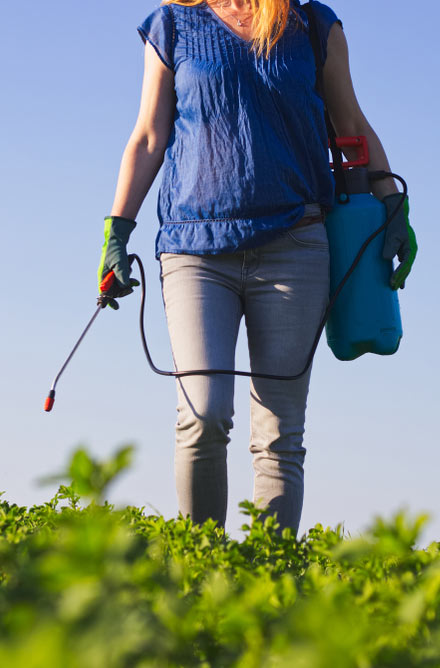 At Trustwell Law, our experienced attorneys take a personalized, compassionate approach. We cut through the legalese and partner with our clients. We have access to the expertise, resources, and manpower to fully investigate each case and fight for and with our clients to get the justice they deserve.

Glyphosate Has Been Linked to Many Health Problems

Roundup’s active ingredient, glyphosate, has been linked to many serious health issues.

Brief History of Glyphosate and Cancer Findings and Studies

For years, scientific studies have linked Roundup, specifically glyphosate, with an increased incidence of cancer, birth defects, and ailments and health problems.

In 2008, a research team in Sweden cited exposure to glyphosate as a risk factor for developing non-Hodgkin lymphoma.

In May 2014 researchers at the International Agency for Research on Cancer concluded that exposure to glyphosate doubled the risk of developing non-Hodgkin lymphoma.

That same month, groups in Argentina began calling for the use of glyphosate to be banned when birth defects and increased cancer cases were found in people living near where it is used on crops.

In March 2015, the International Agency for Research on Cancer officially stated that glyphosate is “probably carcinogenic” to humans.

In November 2021, a team of researchers published the findings of their study that indicate exposure to glyphosate and glyphosate-based herbicides (GBH) like Roundup induces DNA damage and alters biological mechanisms (gene regulatory microRNAs) associated with cancer development. The study found that the DNA damage occurs mainly through oxidative stress from GBH exposure. Furthermore, and alarmingly, the DNA and other biological mechanisms that were found to cause the carcinogenicity (ability to produce cancer) occurred at doses claimed to be “safe” by the U.S Environmental Protection Agency (EPA) and other pesticide regulators.

The study’s lead author, Michael Antoniou, Ph.D., warns that “Our results are the first to simultaneously show glyphosate and Roundup toxicity in a whole mammalian animal model system and provide a mechanism – oxidative stress – by which DNA damage has been observed in other systems, such as mammalian tissue culture cells. These findings show that glyphosate and Roundup score positive in various tests of carcinogenicity – transcriptome/epigenome/miRNA changes, oxidative stress, protein misfolding, and DNA damage – in a living animal (rat) that is accepted as a surrogate for human health effects. In my view, this strengthens the argument that exposure to Roundup herbicides can lead to the type of cancer suffered by the plaintiffs in many of the court cases – non-Hodgkin lymphoma.”

When chemical companies make an insecticide, they are only required to name the “active ingredient(s).”   Any chemicals in the mix that they designate as   “inactive” or “inert” are considered proprietary and are not required to be listed on the product or named.

Chemists have identified one of Roundup’s “inert” ingredients to be polyethoxylated tallowamine, or POEA.  POEA has been found to be more deadly to embryonic tissue than glyphosate itself.

Glyphosate Found in Food and Water

Exposure to glyphosate and Roundup’s other, “secret” inert ingredients is not limited to people and farmers spraying their lawns and crops.   It is in tap water and on and in (yes in, because it is metabolized by) the vegetables we eat. It is in livestock that are fed the crops it is used on.  Trace amounts have even been found in ice cream and other common foods.  Its use is so widespread and insidious that amounts of it both large and barely detectable can be found in myriad places and foods.