Exposure to the weed killer paraquat has been linked to Parkinson’s disease. Paraquat is a toxic herbicide used to control grasses and weeds. Paraquat is sold under many trade names, including Firestorm®, Gramoxone®, Helmquat®, Ortho-Paraquat, Para-SHOT, Parazone, and Quick-Quat™. Gramoxone, manufactured by Syngenta, is the most common trade name for paraquat.

Farmers, groundskeepers, agricultural workers, and others exposed to paraquat who are suffering from Parkinson’s disease are filing paraquat lawsuits. They claim the manufacturers did not warn them about the dangerous and life-changing neurological effects associated with paraquat exposure.

If you or a loved one were exposed to paraquat and have been diagnosed with Parkinson’s disease or are under a doctor’s care for the symptoms of Parkinson’s, you may be entitled to compensation for medical bills, lost wages, and pain and suffering.

If you are considering filing a paraquat lawsuit, call us at 800-796-1636 or submit your case details online and someone will contact you shortly. You pay nothing unless your lawsuit is successful and you receive compensation.

At Trustwell Law, our experienced attorneys take a personalized, compassionate approach. We cut through the legalese and partner with our clients. We have access to the expertise, resources, and manpower to fully investigate each case and fight for and with our clients to get the justice they deserve.

Paraquat is a toxic chemical used as an herbicide to kill unwanted plants and vegetation. Although it is more than 130 years old, it was not widely used until the middle of the twentieth century. It was first released in the U.S. in 1964. Paraquat is marketed throughout the U.S. under various brand names, including Cyclone, Helmquat, Parazone, and Gramoxone, which is sold by the agricultural company Syngenta.

Primarily used as a spray, paraquat is highly toxic. It is dangerous to breathe or swallow or even if it comes in contact with a person’s skin. Swallowing even small amounts of paraquat can be lethal. Because paraquat is highly poisonous, the forms marketed in the United States are dyed blue to prevent confusion with beverages, are formulated to have a sharp odor to serve as a warning, and include an added agent to force vomiting if someone drinks it.

Research has found that paraquat exposure greatly increases a person’s risk of developing Parkinson’s disease, and that ongoing exposure to paraquat can also damage brain cells and lead to kidney, heart, and liver failure as well as lung scarring and pulmonary edema.

Paraquat is banned in more than 50 countries around the world. It is not banned in the U.S., but the Environmental Protection Agency (EPA) designates paraquat as a “restricted-use product” and requires anyone applying it to be certified and trained using an EPA-approved training program. 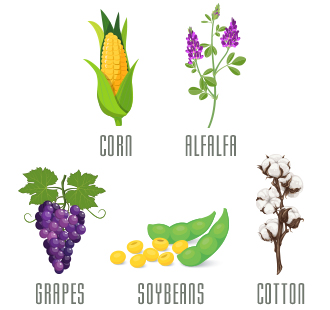 Paraquat is also widely used to control weeds in orchards and in pastures.

The states in which paraquat is most commonly used include:

Strong scientific evidence links paraquat exposure to Parkinson’s disease. Numerous studies have shown this connection. One such study found that paraquat users developed Parkinson’s disease 2.5 times more often than nonusers. Another study found that people exposed to paraquat while in their teens or as young adults had a 200 to 600 percent greater risk of developing Parkinson’s; the longer the exposure, the greater the risk.

Symptoms of Parkinson’s disease include:

If you or a loved one has Parkinson’s disease and have used paraquat, you may be entitled to compensation if you:

Compensation could involve reimbursement for include lost wages and work and for medical bills, consideration for pain and suffering, and, in the event of a death, compensation for wrongful death and loss of consortium.

If you or a loved one developed Parkinson’s having been exposed to paraquat as described above and are considering filing a paraquat lawsuit, contact us. The consultation is free.

For news and updates regarding the Paraquat litigation, visit our Paraquat Litigation Tracker.