Non-Hodgkin lymphoma (NHL), which is also called non-Hodgkin’s lymphoma or just lymphoma, is a cancer that starts in white blood cells called lymphocytes. Exposure to Roundup®, Monsanto’s popular weed killer, has been linked to an increased risk of developing cancer, including non-Hodgkin lymphoma. As a result, there are a growing number of Roundup lawsuits in the U.S. 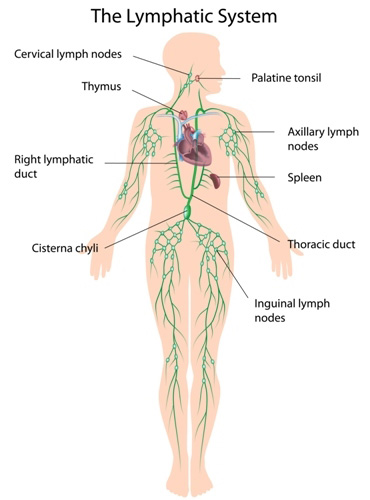 What is non-Hodgkin Lymphoma?

NHL is not just one disease but is actually a group of blood cancers that all begin in the lymphocytes, which are white blood cells that are part of the body’s immune system. Your immune system helps your body fight infections and some diseases; it also helps fluids move through your body.

Lymphoma affects the body’s lymph, or lymphatic, system. It can start anywhere in the body where lymph nodes or lymph tissue are found and can also affect the skin. Lymph tissue can be found throughout the body, including in:

How Does NHL Develop?

Non-Hodgkin lymphoma can develop in one of three major types of lymphocytes:

The cancer occurs when one of these cells changes, or mutates, becoming abnormal, and grows out of control, producing more abnormal cells like it. These are called lymphomas.

The lymphomas then accumulate and form tumors. These lymphomas may then develop and spread to other parts of the body where lymph tissue is found, such as the bone marrow or spleen. When this spreading occurs, it is called primary extranodal lymphoma.

NHL may be classified by the kind of cell it originates in:

Non-Hodgkin lymphoma is further classified into more than 60 subtypes. And these subtypes are further categorized based on the speed at which the cancer is developing:

But some kinds of lymphoma, such as mantle cell lymphoma, do not really fit into either of these categories.

With so many types of NHL, classifications can be made based on many factors. One system for classifying the many different kinds of lymphomas was developed by the World Health Organization (WHO). WHO classifies lymphomas based on:

The most common early sign of NHL is painless swelling in one or more of the body’s more than 600 lymph nodes. Most often, people with NHL have enlarged lymph nodes in their armpit, groin, or neck. Sometimes a swollen node is found near the ears or elbow or in the throat, near the tonsils.

NHL occasionally starts in sites other than the lymph nodes, such as in the lungs, or in a bone, the skin, or the intestinal tract.

Common symptoms of non-Hodgkin lymphoma include:

Some people have no symptoms; their non-Hodgkin lymphoma is discovered when they are being examined by a medical professional for other reasons.

Some Specific Types of Non-Hodgkin Lymphoma