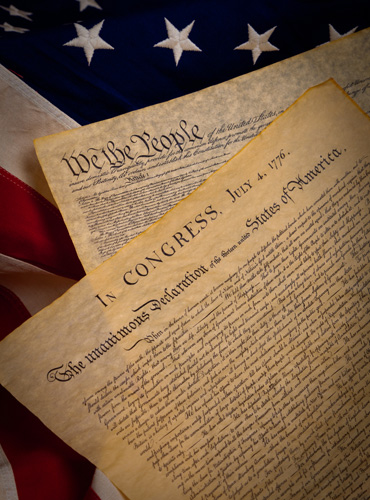 It is not hard to define preemption but can be much harder to determine when it applies. Preemption refers to the legal rule that a valid federal law takes precedence over state laws on the same subject. (A valid state law will also override a conflicting county or city ordinance.) The preemption doctrine comes from the “Supremacy Clause” in Article VI of the Constitution, which makes the Constitution and laws passed under it the “supreme Law of the Land.”

When Congress passes a law explicitly stating that it preempts state laws on a certain subject, such “express preemption” is easy to spot and to apply. In such cases the federal law effectively nullifies the relevant state law and may even bar states from passing their own laws on a subject. For example, the Federal Insecticide, Fungicide, and Rodenticide Act (FIFRA) establishes federal labelling requirements for “pesticides” (defined to include weed-killers like Roundup®). FIFRA also prohibits states from imposing “any requirements for labelling or packaging in addition to or different from those required under [FIFRA].” This FIFRA preemption clause permits parallel, but not conflicting, state law and regulations.

But if Congress has not expressly said its law preempts state law, a court must analyze whether the law implicitly preempts a state law claim. During this analysis, courts will apply a “presumption against preemption” on the theory that a federal law should not be read to preempt state law unless Congress clearly intended to do so. A court may find implied preemption under one of two theories: “conflict preemption” or “field preemption.”

Conflict preemption occurs either when you literally cannot comply with both federal and state law (“impossibility preemption”), or when the state law interferes with federal goals by frustrating Congressional intent (“obstacle preemption”). If the laws directly conflict, federal law always wins.

Courts find field preemption when: (a) the federal government has enacted laws or regulations so thorough and detailed that it seems Congress intended to “occupy the field” and implicitly bar supplemental state regulation; or (b) when states try to regulate areas where the federal government’s interest clearly dominates. The Supreme Court has held that federal law has implicitly occupied many regulatory fields, including nuclear safety, railroads, and citizenship.

Mass tort defendants raise preemption arguments wherever possible, because a successful preemption defense can be a “silver bullet” barring all state law claims. Preemption is often contested in cases involving drugs, medical devices, pesticides, herbicides or any other product regulated and approved by the federal government.

For example, Bayer has consistently argued that it cannot be liable under state law for any “failure to warn” based on the labelling or packaging of Roundup® because the EPA has reviewed and approved the product label, and EPA has said it would not approve any label change adding a warning linking glyphosate to cancer. Simply put, Bayer argues that it can’t be held liable under state law for not doing something the federal government would not let it do. Bayer has stated its intent to raise preemption defense at trial and on appeal.