Statutes of Repose Can Keep Plaintiffs up at Night

Repose. The word rolls off the tongue, sounding calm, peaceful, and soothing. Common definitions for repose include: a state of resting after exertion or strain; eternal or heavenly rest; and peace or tranquility. But the term is also used to describe laws—“statutes of repose”—which can be anything but soothing for potential plaintiffs.

Statutes of repose and statutes of limitations each impose time limits on defendants’ potential liability but do so differently and for different reasons.

Statutes of limitations bar a case filed more than a set time after the claim “accrues.” A tort claim generally accrues (comes into being) when the plaintiff suffers the harm. For example, a claim based on an auto accident accrues when the cars collide. Statutes of limitation are intended to promote justice by encouraging people with potential claims to act promptly.

By the mid-twentieth century, though, it had become clear that many harms—such as those caused by some drugs, chemicals, industrial products, and pollutants—may not happen or be noticeable for years after the actions causing them occurred. So legal reformers and consumer advocates convinced many legislatures and courts that fundamental fairness required a “discovery rule” to “toll” the statute of limitations until the person harmed knew or should have known of their claim. A discovery rule does not conflict with the purpose of statutes of limitation. 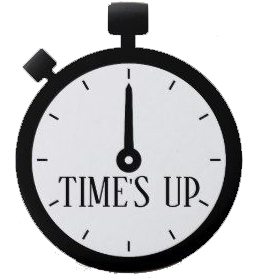 A statute of repose bars any case filed more than a set time after some specified action by the defendant (such as designing or selling a defective product, building a structure, or releasing toxic chemicals). This statutory bar applies even if the person harmed could not have known of the harm or was not even injured until after that time expired. Discovery rules do not apply to statutes of repose.

Courts have recognized that statutes of repose inevitably impose a hardship on some people by extinguishing potential claims before they can be discovered and sometimes even before the claims accrue. These laws reflect a legislature’s decision that defendants should be free from liability after a certain time period measured from the date of their last bad act or omission. Statutes of repose have frequently been challenged under state constitutions and the federal constitution but usually survive.